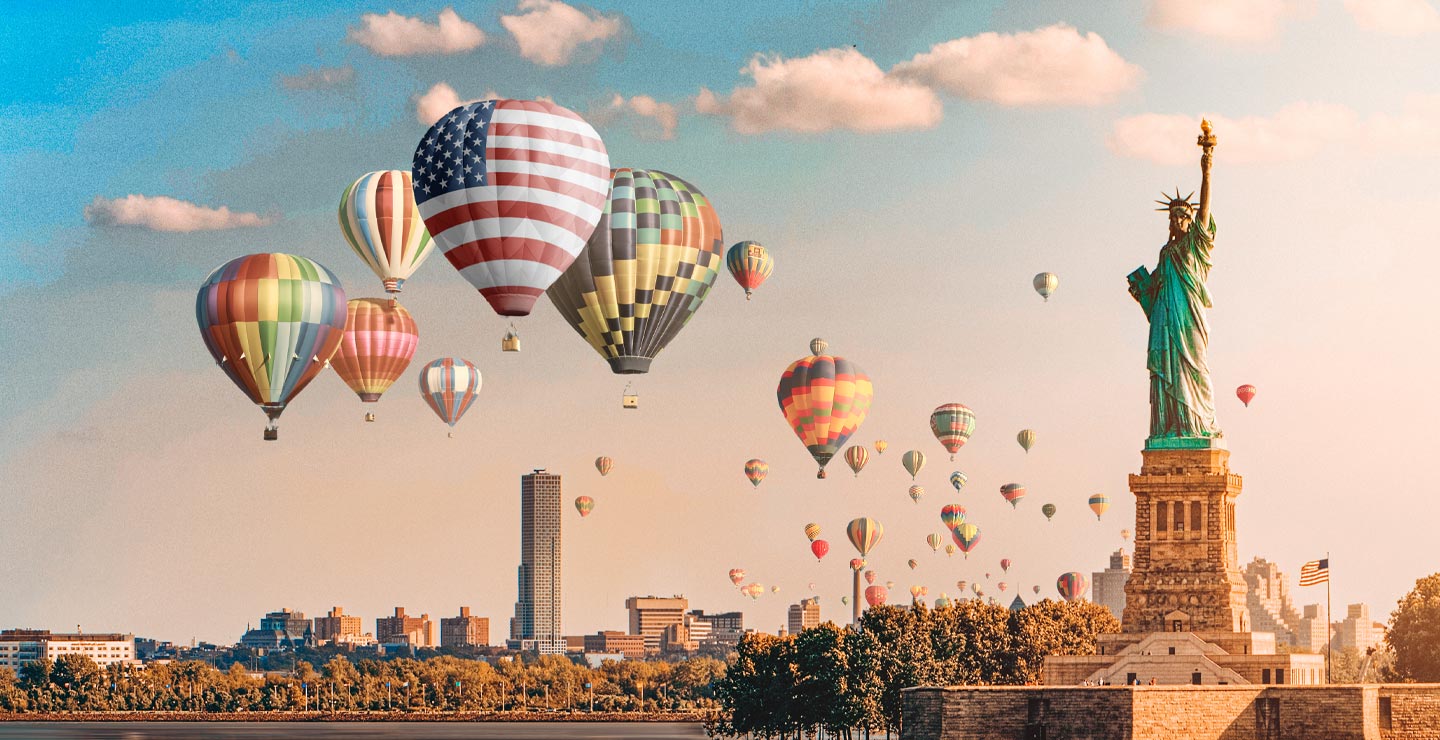 For most American citizens, their expat status can come at a cost thanks to a lack of information & support.

With many financial advise companies simply not having the relevant tools at their disposal, U.S. citizens and U.S. connected individuals around the world are often left without quality financial planning support.

This results  is millions of international workers falling foul of the Internal Revenue Service. The IRS require all American citizens and connected individuals to declare their global income, even if they file foreign taxes.

Do You Know About The ‘Foreign Account Tax Compliance Act’?

Also known as FATCA, the ‘Foreign Account Tax Compliance Act’ was introduced in 2010 to make it easier for the IRS to keep track of U.S. businesses and persons that are generating income via offshore investments.

FATCA brought with it heavy penalties for non-compliance and the general tightening of previous laws that were often overlooked.

How Does FATCA Affect You?

The ‘Foreign Account Tax Compliance Act’ affects anyone who qualifies as a U.S. citizen or anyone who is U.S. connected. Which means regardless of where you reside, if you still hold a green card and foreign assets, you could still be fined upwards of $10,000 for not completing an 8938 tax return.

What Can You Do?

For U.S. expats the need to comply with IRS tax reporting and FATCA is an added layer of complexity when structuring your finances. A diverse savings and investment plan can reduce risk, while an ongoing review of your portfolio is crucial to ensuring you don’t fall foul of the tax man in the U.S. or your adopted homeland. 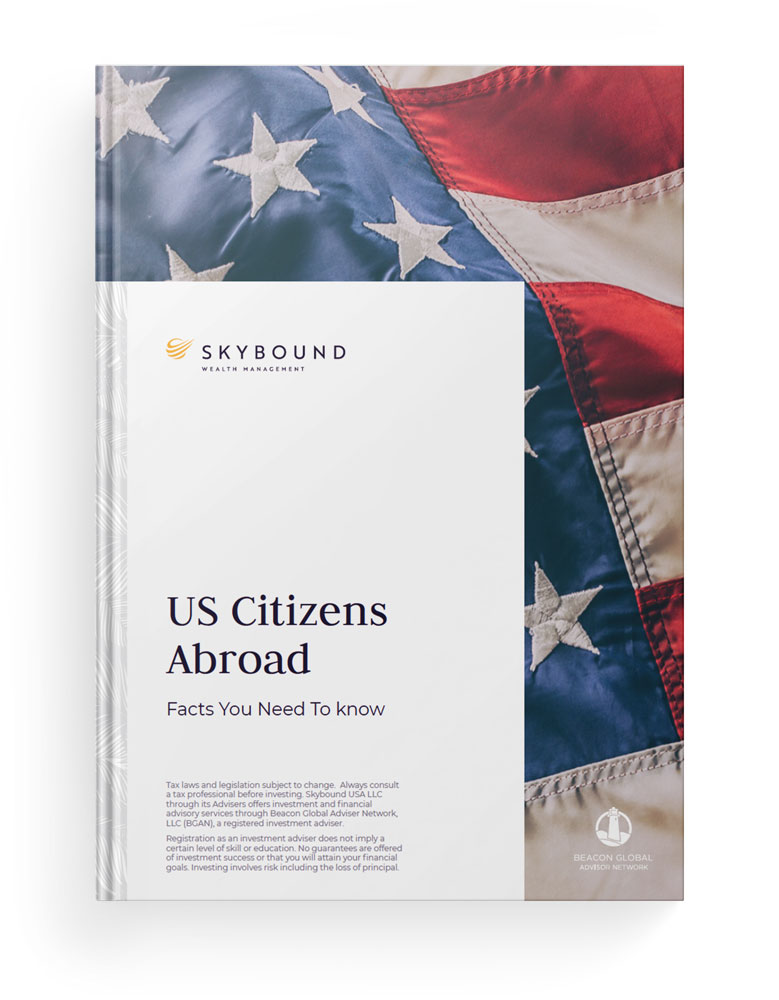 The Tax Implications Of Being A US Expat

To help you navigate your way through the minefield that is U.S. tax and financial planning, we have compiled a free e-guide that explores the ‘Do’s and Don’ts’ of investing as an American living abroad.

We also look more closely at the complexities of FATCA and give you the pros & cons of passive investment funds (ETFs). Download our free e-guide by clicking the button below.

Get your free e-guide

We understand that financial planning isn't just about finding a product offers the greatest return, it's about building a diverse portfolio strategy, that is designed to reduce risks. Our offices on the east and west coasts of America are complimented by a global network of offices in the Middle East and Europe. Meaning we are uniquely placed to assist U.S. expats and U.S. connected individuals

What is a “mixed domicile couple” and what are the unique opportunities for these couples?

What is the difference between domicile and domicile of origin?

The U.K. has a rather antiquated process when it comes to legal definitions. Although you may elect a domicile of choice, you may never shred your connection to the U.K. if you were born in the U.K. as you have a Domicile of Origin. Even if you were only in the U.K. whilst you were a baby you may never erase this fact. If an individual has a Domicile of Origin and leaves the U.K. under U.K. law they are considered to be formerly domiciled in the U.K. this status is known as a “Formerly Domiciled Resident” or FDR. The issue of this, is if a FDR were ever to repatriate back to the U.K., the U.K. would typically want to assume the taxing rights (domicile) at death regardless of where they lived throughout their lives. This is why it is imperative that planning for your return to the U.K. should be made when you are not domiciled.

How long am I a UK domicile for IHT purposes?

Planning for the U.K. IHT regime must continue for the first four years of residence in the U.S. as under the treaty and under the 17/20 rule you would be considered a U.K. domicile at death and liable to U.K. IHT. It is important to revisit your situation if in any of the subsequent years you are deemed a tax resident of the U.K. as per the statutory residence test and then reassume your domicile of choice in the U.S. Short term protection products may be suitable for you if your estate is in excess of the nil rate band (£325k or £650K for married couples). Bespoke arrangements can be considered for mixed/non-domiciled clientele. Retaining your primary residence in the U.K. may be suitable in certain circumstances to take advantage of the Residential Nil Rate Band (RNRB) which uplifts the Nil Rate Band (NRB). The consensus is that RNRB is eligible in respect of property previously owned and lived in, even if that property that is currently rented out to generate income. After this four year period, most individuals will fall under the U.S. estate tax regime which has much higher thresholds before being subjected to IHT.

What is the IGA between the UK & USA and why does it matter to me?

In 1978 the U.K. & U.S. signed an agreement which was ratified in 1980 in a convention between each respective governments on Estate & Gift Tax. The convention dictates in which scenario an individual is domiciled in each respective country under certain parameters. The agreement has a general principal where if an individual is deemed to be domiciled at death in one state but also has a connection to the other state a ruling as per the treaty is necessary. There are instances where either taxing states will assume domicile over the other so it is important to understand and consider professional advice to ensure that you are planning your estate planning needs in consideration of the IGA. Where you are a dual citizen of the U.S. & U.K. this brings into additional complexities that require legal advice.

What is a domicile and how does this affect my estate planning?

Don’t you hate it when you spend ten minutes trying to navigate an automated menu before giving up after forgetting why you picked up the phone in the first place? US TOO!

Whether you are contacting your regional Skybound office, or our International Client Services team, rest assured you will be greeted by an actual human being.

Thank you!
Your call back request has been received and we will arrange for a member of our team to call you at your desired time.
Oops! Something went wrong while submitting the form
Ticker Tape by TradingView